The Fastest & Easiest Way to Book a Rental Car in Piran

Through our internet booking system or phone you book the desired rental car.

You pick-up the rental car in selected location at the scheduled time and pay the rental costs.

You return the rental car at scheduled time and selected location. We provide one way rentals, so drop-off location can be different from pick-up location.

Piran is a small fishing town on the Slovenian coast with approximately 4.200 inhabitants. It lies on the tip of the Piran peninsula and is said to be one of the most beautiful Slovenian towns. With varied accommodations and rich cultural and culinary services, Piran represents a great holiday getaway.
If you are planning to arrive by plane, the nearest international airport is Trieste Ronchi Airport, located near town Monfalcone. There is a small airport in nearby Portorož, mainly for smaller private airplanes. From international airport in Ljubljana, Piran is less than 2 hours away.

If you’d like to rent a car in Piran, you can do so from our Koper office, and we will deliver the rental car to Piran free of charge. Just make sure to order additional extra equipment at the time of your reservation, so we can deliver desired extras with your chosen rental car.

How to move around Slovenian coast with your rent-a-car?
Piran is roughly 5 km away from the nearby Portorož, or 10 km from Izola and 20 km from Koper.
From Piran you can also visit nearby Italian cities Triest, or even go to Venice, namely by sea with international passenger line. Naval connection to Venice works during the tourist season between May through the end of September. If you are planning a rental car trip to Venice, make sure your car has Border crossing clearance.

Where to park in Piran?
In the town of Piran visitors are recommended to park either at Parking Fornače or in nearby parking house Fornače. If you prefer to park on the upper level of city, nearer to St. George church, you can park in parking house Arze by the cemetery, at the end of Belokriška road.

A little bit of Piran history?
With it’s historical liaisons to Italian Venetian culture in sure is a picturesque sightseeing marvel, well worth the visit. The beginnings of settlement in Piran dates back to early Middle Ages. Later over centuries the town was under Byzantine, Frankish and Venetian rule.

In the past, one of most important activities in Piran was the production of high quality salt in the nearby salt pans in Strunjan, Lucija and Sečovlje.

The central square of Piran is Tartini Square, named after the composer Giuseppe Tartini, who held well known music school. Tartini square was once the inner harbor for yachts and fishing boats called Mandrač. Due to health and sanitary reasons, and notorious stench, city authorities at the end of the 19th century decided to close and fill the harbour and make a new spacious platform. Around this new platform they built all major town and civic buildings.

The most famous of the surrounding buildings are also the most important in Piran: Venetian Gothic house – the Venetian – with its distinctive facade in red colour, Town Hall in neo-Renaissance architectural style, Church of St. Peter in classical style and judicial palace at the western edge of the market.

Port of Piran is divided into large and small harbor named ‘Mandrač’, and has two sea piers – the new pier and the main pier.

The church of st.George at the top of the hill
To get the best impression of Piran and its surrounding, be sure to ascend to church of St. George on top of the hill. It is distinctive cultural heritage from the 14th century and gives Piran its famous silhouette. From the church plateau visitors get magnificent view toward the sea. If you visit the beach below, don’t forget to look up to see mighty stone arches that support sea side fortification. Due to erosion arches are constantly exposed to the slow demise, so were rebuilt in 1998.

Piran city walls
As a seaside medieval town Piran was surrounded by city walls, some evidence shows as early as the 7th century. The walls were gradually expanded until they covered the entire area of ​​the peninsula. In recent times parts of walls have been restored and additional connecting walkways were added for better access for visitors. Till today seven city gates were preserved. These former town entrances are nowadays more or less visible since through centuries they became woven into the growing urban structure.

Piran restaurants
Many of Piran’s restaurants are located along the sea waterfront, which enables great views of sea and spectacular sunsets. Majority of the restaurants provide very similar menus with fish, mixed grills, meat, etc at similar prices. Most famous are: Gostilnica, Tri Vdove, Pavel, Restaurant Riva or Restaurant Miralonda. If you are looking for cheaper meal, try restaurants and pizzerias around the inner part of town, like Fontana, Neptun, Pizzeria Batana, or restaurant Pri Mari close to parking lot Fornače.

Piran Market is located behind the Town Hall building near Tartini Square. Open all year round it offers products and other goods sold by local farmers or local vendors.

What to see in Piran?
Maritime Museum “Sergej Masera” presents the maritime past of coastal areas and various industries related to the sea. At the Museum you can see a collection of former maritime transports and display of trade development from prehistoric times to the Middle Ages. In Museum of underwater activities Piran, you can watch displays of diving history from its beginnings to the present day.

Best Cars for all tastes and different needs 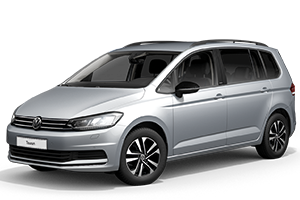 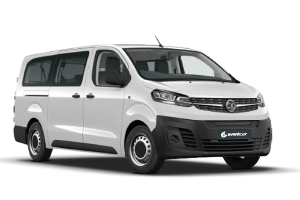 Best Car Rental in Piran at one place

Where you can find us?

Rental Car Piran Meet & Greet - From our Office in Koper