The Fastest & Easiest Way to Book a Rental Car in Ljubljana

Through our internet booking system or phone you book the desired rental car.

You pick-up the rental car in selected location at the scheduled time and pay the rental costs.

You return the rental car at scheduled time and selected location. We provide one way rentals, so drop-off location can be different from pick-up location.

If you are looking at different ways to visit Ljubljana, Slovenia capital city, car rental is definitely the best choice. Due to it’s small size, the city is well manageable with a car, especially, if you extra order a GPS navigation system.

For a car rental service you can choose from several locations: at the Ljubljana airport, at the highway northern entrance to the city (Dunajska cesta 140), or in the city center, near the main railroad station (Trdinova ulica 9). You can choose from different types of service: office rental, meet and greet, chauffeur or shuttle service, depending on your needs or wiskes.

Ljubljana lies about 140 km west of Zagreb, 250 km east of Venice, 350 km southwest of Vienna and 400 km southwest of Budapest. City offers all kinds of accommodation and is a great central starting point for visiting other Slovenia’s attractions and cities.

It is the capital city of the Republic of Slovenia, that has been a member of the European Community since 2004. The official currency is Euro. Ljubljana has a continental climate with warm summers and moderately cold winters. The warmest months are July and August (with daily temperatures between 25 and 30 ° C), and January as the coldest month (with temperatures around 0 ° C).

Ljubljana takes its significant appearances from river Ljubljanica and the Castle hill. The popular image of the city are the famous Ljubljana river banks with it’s culture of caffes, bars and great restaurants. Especially in the summer time, Ljubljanica river banks are filled with people and new festivities take place every day. Boats run along the river to enable different views of the city and musical and theatrical performers show their talents on streets of the old town.

On the southern outskirts of the city is located Barje moor, which has been declared a nature park since 2008. It’s distinct marshy atmosphere is inviting bicyclists, joggers and nature lovers.

The choice of Dragon symbol is associated with the legend of the Argonauts and the ancient Greek hero Jason, who stole the Golden Fleece from king Aitesu. Legend has it that Jason and his companions fled on board the ship Argo, to run from their pursuers. Travelling across the Black Sea, the Danube and the Sava river, they eventually arrived to Ljubljanica river.

According to the legend, here, the Argonauts dismantled thier ship and transferred it on land to reach the Adriatic Sea. At the source of Ljubljanica, they stopped at a large lake in the marshes, where a monster – the Ljubljana dragon – lived. In the fight between Jason and the monster, Jason won. To simbolize power, courage and greatness, the fallen Ljubljana Dragon became a recognizable image of the city and it appears in Ljubljana’s city flag and coat of arms.

History of the City of Ljubljana

The development of the city of Ljubljana throughout history was largely influenced by several different cultures, of which the most important ones are Germanic, Romance and Slavic. The impact of these different cultures can be seen today in many different traditions, especially in the fact that Slovenes speak many foreign languages.

The city has been inhabited since Roman times, as a military settlement called Emona. Around year 50 A.D. a military camp was already well established within reinforcing stone walls. The village of 5,000 inhabitants was an important strategic outpost and has played a key role in many wars.

After the collapse of the Roman Empire, Emona was destroyed under the command of Attila’s Huns in the middle of 5th century A.D. Slavic ancestors gradually immigrated into this space at the end of the 6th century. After adopting early early Christianity, the formerly powerful Roman outpost gradually developed into an important medieval trading center.

The predecessor of today’s names ‘Luwigana’, first appeared in writings in year 1144.

In 1278, after the city fell under Hapsburg rule, the Habsburgs officially renamed the city into “Laibach”, used till 1918, when it was renamed to a Slavic name Ljubljana. The source of the name Ljubljana is not really clear, though there are many different hypotheses.

From a distance, the most prominent landmark of the city is Ljubljana Castle, which is situated at the top of the castle hill.

Historical records show that the Castle hill was populated since 1200 BC. At the end of 15. century AD today’s castle, with it’s strong military towers was completed, in order to ward off frequent Turkish invasions and peasant uprisings.

In 1960, the castle begun it’s latest architectural renovation. From 2006 the city built a modern funicular to connect the castle with the lower part of the city.

In Ljubljana, visitors can admire the well-preserved old town (former medieval walled town with town hall). Other attractions in the city are many palaces and churches. Ljubljana is adorned with more than 40 active wells (most notably Robba’s Fountain in front of the Town Hall). For a walk through nature, Ljubljana offers a large city park – Tivoli, that resembles once typical Habsburg city parks. Ljubljana’s Botanical Garden is located on the souther part of the city and has been operating since 1810. The garden has a collection of over 4,500 species and subspecies, of which one third are domestic plants and the rest are plants from various parts of Europe and other continents.

If you are looking for a cultural getaway, you can visit many museums, art galleries, theaters, cinemas or small cafes and clubs. You can get more information at Ljubljana’ official city info page.

Best Cars for all tastes and different needs 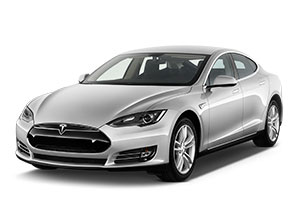 Best Car Rental in Ljubljana at one place

Where you can find us?